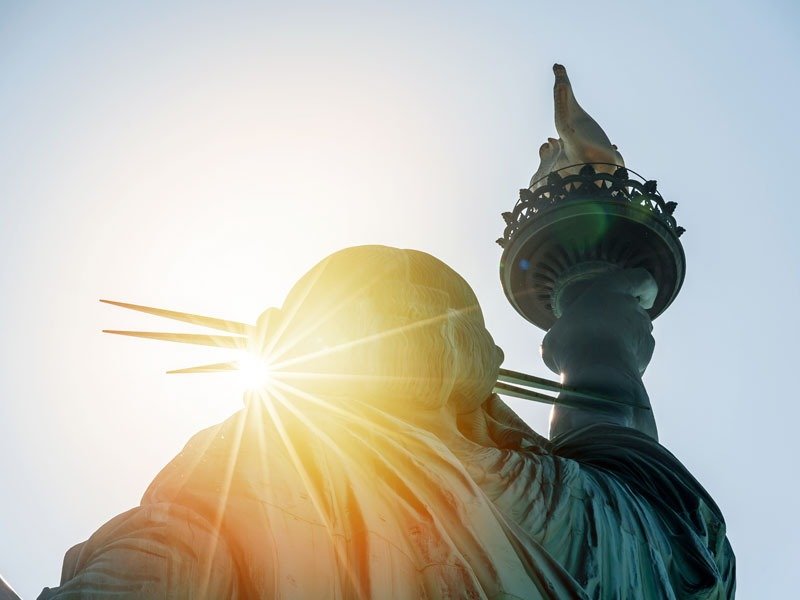 The Great Lakes Justice Center had the privilege of representing the following legislators in the United States Supreme Court:

Activist judges increasingly ignore the Constitution’s plain meaning. Addressing this problem the Great Lakes Justice Center filed an Amicus brief in the U.S Supreme Court on behalf of federal and state legislators.  The case involves the Supreme Court’s review of a lower court ruling about the President’s Executive Order (EO) banning travel from countries posing a national security risk. The lower court, ignoring the plain meaning of the First Amendment’s Establishment Clause, said the EO violated the Clause because it was not motivated by a secular purpose (as evidenced by rhetoric uttered during the presidential campaign).

Activist judges with a political agenda increasing refuse to follow the Constitution’s plain meaning, instead replacing it with a judge-made test requiring that every government action have a secular purpose, and not even symbolically endorse religion. The Justice Center specifically urges the Court to reverse the case of  Lemon v. Kurtzman where the Court first manufactured its secular purpose test. If Lemon’s judicially manufactured doctrine existed during the Lincoln Administration, the Emancipation Proclamation would be unconstitutional because Lincoln expressly invoked “the gracious favor of Almighty God.” – not in a political speech during a Presidential campaign, but in the text of the proclamation itself. Thus, when Judge Paul Niemeyer asked an ACLU lawyer in this  case whether it would be Constitutional if Presidential candidate Hillary Clinton had drafted the exact same Executive Order, the lawyer reluctantly, but truthfully, answered in the affirmative—revealing the absurdity of the doctrine and the potential for its abuse by a politically motivated judge or activist lawyer.

Because Lemon’s judge-made test exceeds the Court’s authority authorized under the Constitution, the Justice Center asks the Court to permanently abandon the test. The Justice Center argues that Lemon unconstitutionally empowers unelected judges to supplant our politically accountable system of governance with their own changeable preferences. The Center’s brief further argues that Lemon’sjudicially contrived “secular purpose” policy: 1) exceeds the scope of judicial power stated in Article III of the Constitution; 2) bypasses Constitutionally required, politically accountable processes for amending a Constitutional Rule of Law; 3) undermines the legitimacy of the judiciary; 4) creates substantial unpredictability in the law; and 5) fosters unjustifiable hostility toward the religious identity and dignity of numerous U.S. citizens.

The elected state and federal legislators represented by the Justice Center are politically accountable to the citizenry for the public policy they promulgate. They care deeply about the policies affecting their constituents, and therefore, about the social and legal impact of judicial decisions that improperly usurp the legislative prerogative. They understand the proper scope of the Article III judicial power and the proper role of the federal judiciary in our constitutional republic. They hold special knowledge, therefore, helpful to the Court about the importance of properly applying Constitutional provisions, like the Establishment Clause, that limit the exercise of governmental power.  The Great Lakes Justice Center is privileged to represent these courageous legislators.

It is our prayer that the Supreme Court will use this opportunity to guide the American judiciary, and other branches of government, back to a sound constitutional basis for state-church relations.